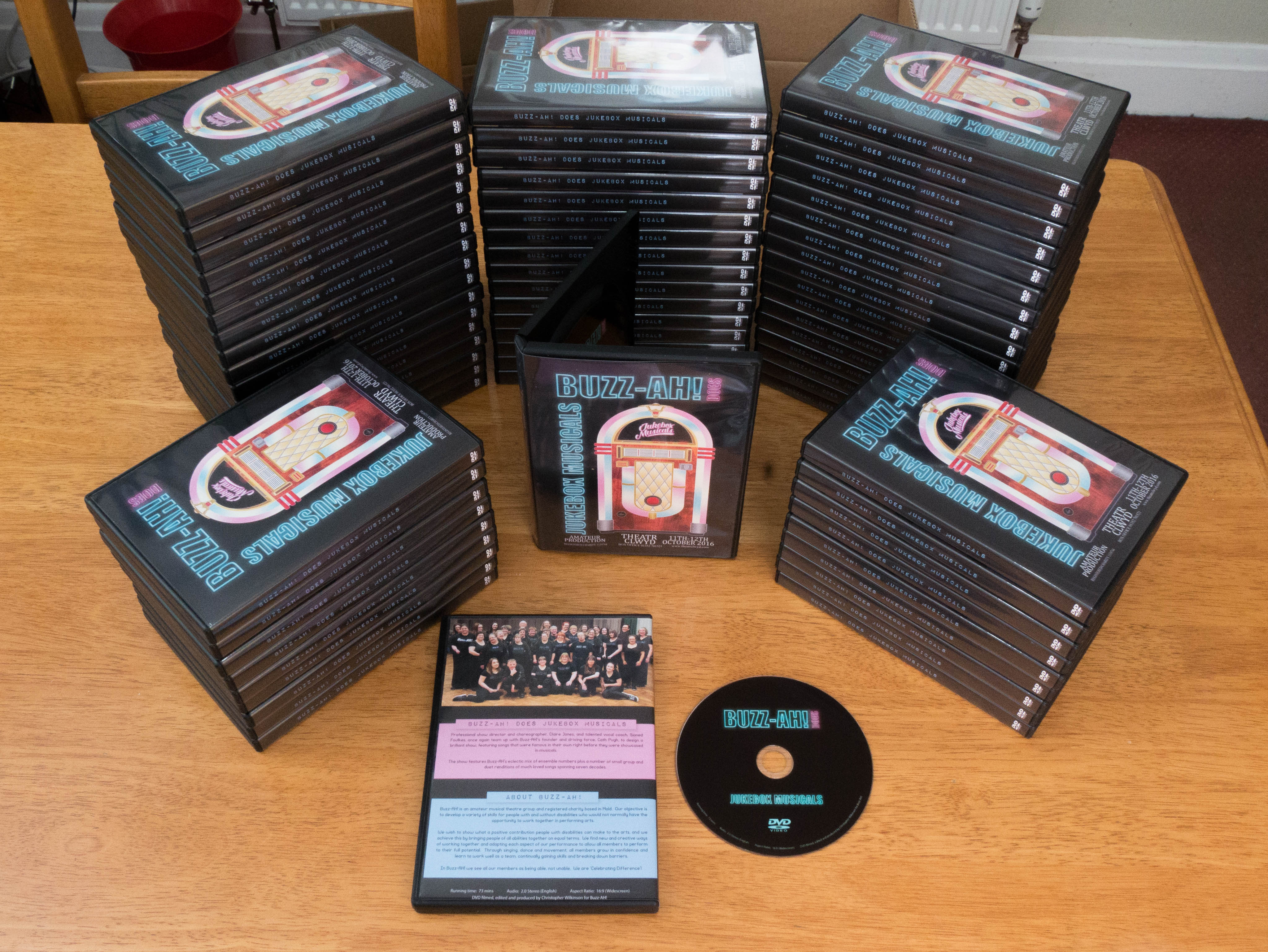 Multi-camera shoot of amateur theatre, DVD production and output through a duplication house.

Buzz-AH!, a performing arts group who ‘Celebrate Difference’ in their members of all abilities, perform an annual musical theatre show, at Theatr Clywd.

Tasked once again with producing a DVD of the performance, I spent some time carefully planning the shots of each musical number for optimal recording. 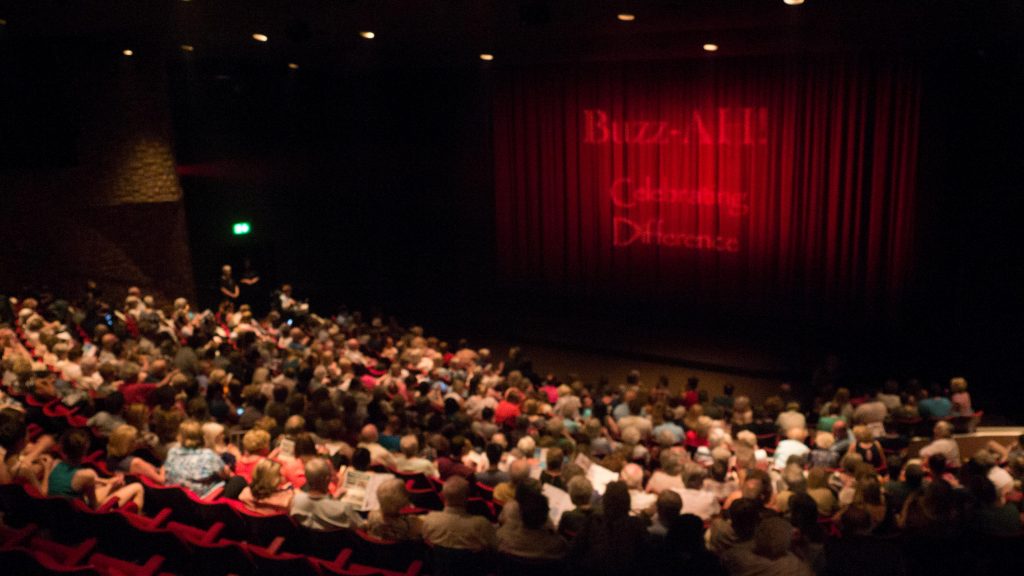 With Theatr Clywd’s large stage and auditorium, covering the performance adequately proves a challenge with only a single camera op. Fortunately, the show is performed two consecutive evenings, meaning I could focus the coverage on a single half of the stage each night.

Capturing a 4-camera shoot, consisting of medium close-up, wide, full-stage and auditorium shots, the two tightest shots were captured from the viewing galleries on opposite sides of the auditorium each evening to vary the angles. The two widest shots were recorded both nights as insurance, leaving six truly unique angles in the edit.

During the edit, using Adobe Premiere, each musical number was separated and both evenings aligned in a multi-cam timeline. Each number was then edited independently before being reconstructed into the complete show.

Audio was recorded separately, both directly from the Theatre’s sound console and with ambience mics in the auditorium. These tracks were combined with the video in the multi-cam timeline. Audio levels of each track were normalised to within a close tolerance of broadcast EBU R128.